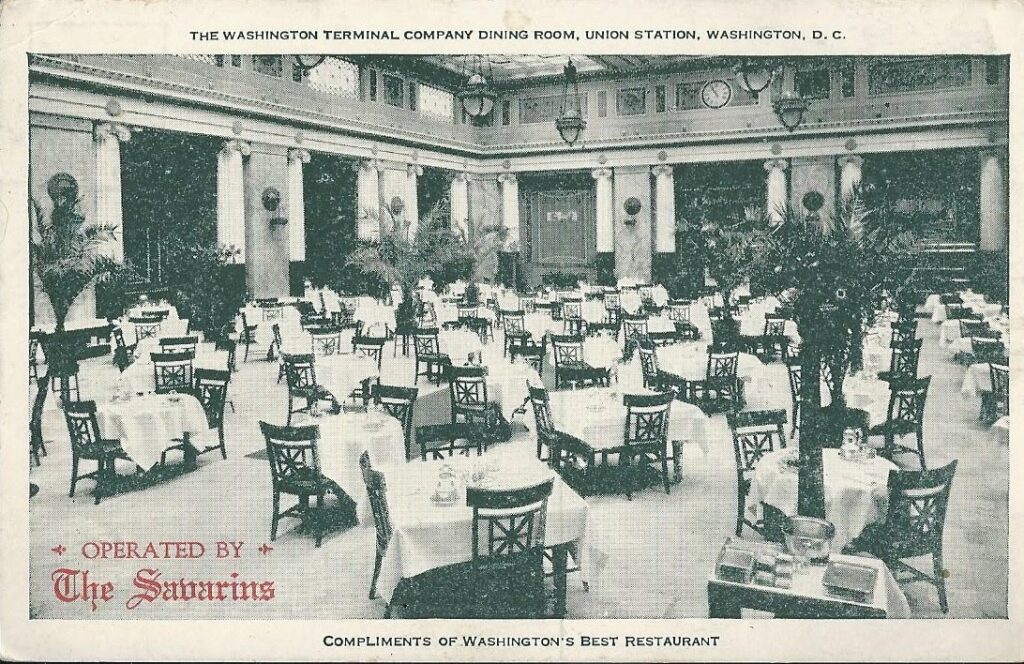 Picture of the original restaurant from Union Station circa the 1910s. Savarins, as the restaurant was known, billed itself as Washington’s Best Restaurant. It was located in what is known now as the East Hall of Union Station. At the time it was one of the few places in Washington, D.C. where an African-American could get a meal at a table in a restaurant. Sadly though, it is our understanding is that the proprietors would seat African-American diners behind a screen in one corner of the room.